How To Tell When Your Managers Are Conflict-Averse 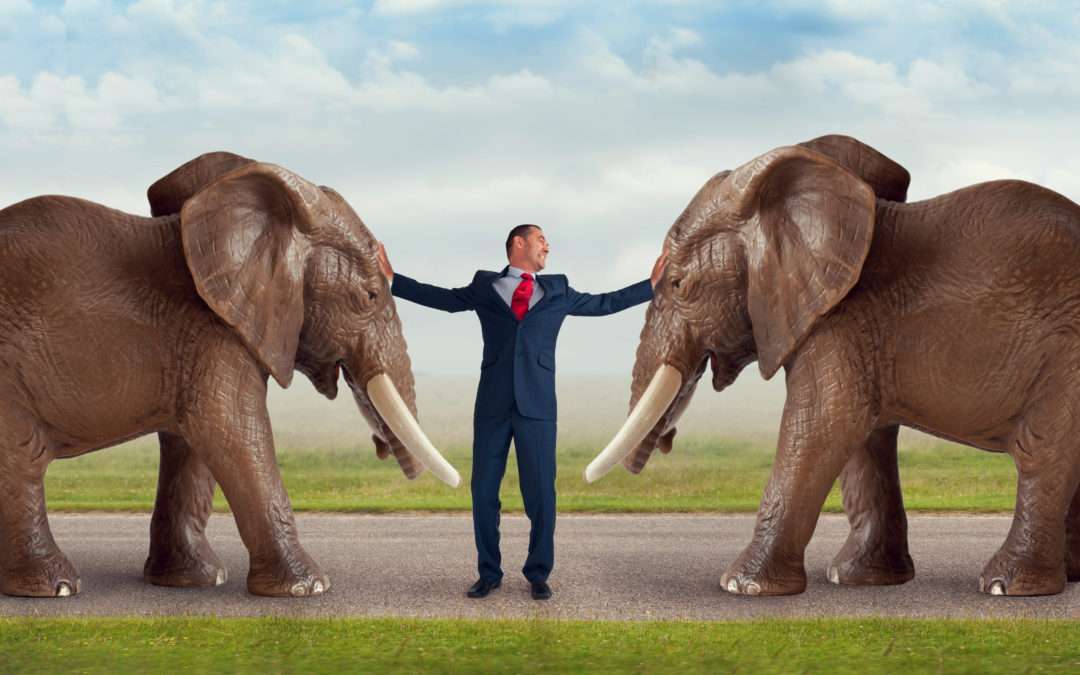 If in your organization there’s a high-conflict person causing disruption where team members walk on eggshells, their boss may request coaching for the high-conflict individual.

Before saying yes, consider that the problem has not been accurately defined.

Here are three signs that indicate conflict aversion as well as the dysfunctional mindset, the needed mind shift, and the key to success.

Leadership behavior is intricately linked with identity. Many leaders identify with being nice. Switch the word nice to amicable or even-keeled, and those terms define an identity that is measured by likeability. The only problem is when a manager’s need to be liked overrides the decision to be respected. That leader simply nods in agreement, appeases or moves the chess pieces around to compensate for the drama — anything but initiate a conversation that might make trigger anger or other uncomfortable emotions.

The dysfunctional mindset: Recently a client said to me, “I just had a conversation as you suggested, but it wasn’t good.” Her mindset was that if the employee becomes angry, hurt or offended, then it must have been a bad conversation. I told her, “Not necessarily.” The sign of a good conversation is when the behavior changes.

The mind shift: Shift from the desire for comfort to the desire for courage. In difficult conversations, both manager and employee will experience some discomfort. When it comes to growth, comfort is not a requirement, but courage is.

The key: Don’t set out to embarrass, teach a lesson or check the box. Own the part you played in allowing poor performance. Set the intention to help that individual grow, and provide the tools for course-correction and accountability.

Taking employee behaviors personally leads to strong emotions. A high-level leader reached out, asking whether  she should just lower her expectations of nonperformers. Her issue was that she was trying to be less critical and less judgmental. In her mind, some of her employees were simply not achievement-oriented. The problem wasn’t her anger, it was her assumptions.

The dysfunctional mindset: The belief that the employee isn’t ambitious, doesn’t care or isn’t willing closes off curiosity and investigation. If the leader believes assumptions, anger and resentment quickly follows. Anger isn’t the problem. The problem is in faulty assumptions.

The mind shift: The mind shift is to understand that performance and behavioral issues are rooted in one of five areas: clarity, priorities, resources, skills or willingness.

The key: Think like a consultant and question assumptions. You must listen to the reasons (or excuses) an employee gives you for the purpose of pinpointing the root issue. If the problem is clarity, priority or resources, it’s the manager’s job to offer coaching or assistance. If the problem is skill, then it’s either an issue of training or an issue of poor hiring practices. You can fix every problem except for willingness.

Email and texting have made avoidance and aggression easier than ever. Many leaders today hide behind the safety of email rather than confront an important issue up front and in person. (I’ve been appalled at texts and emails I have seen going back and forth among colleagues and business partners.)

When I coached one party to stop emailing and request in-person or phone conversations, the tone and the game totally changed.

The dysfunctional mindset: Busy leaders often think that email is fast and helps get the issue off the plate. What they haven’t considered is the emotional toll and time spent fixing problems and misunderstandings that could have been accomplished with one phone call.

Mind shift: When in doubt, pick up the phone. There is a difference between efficient and effective. Efficient but not effective only creates inefficiency in the end.

The key: Use the phone or face-to-face meetings when the conversation is complex, sensitive or emotional. Digital communications are for reminders, meeting invitations, facts and nonsensitive issues.

If there are performance problems, workplace drama or disruptive behaviors in your workplace, it’s because it’s been allowed. Avoiding difficult conversations causes a culture of dysfunction that affects every aspect of business.