How to Stop Being So Defensive 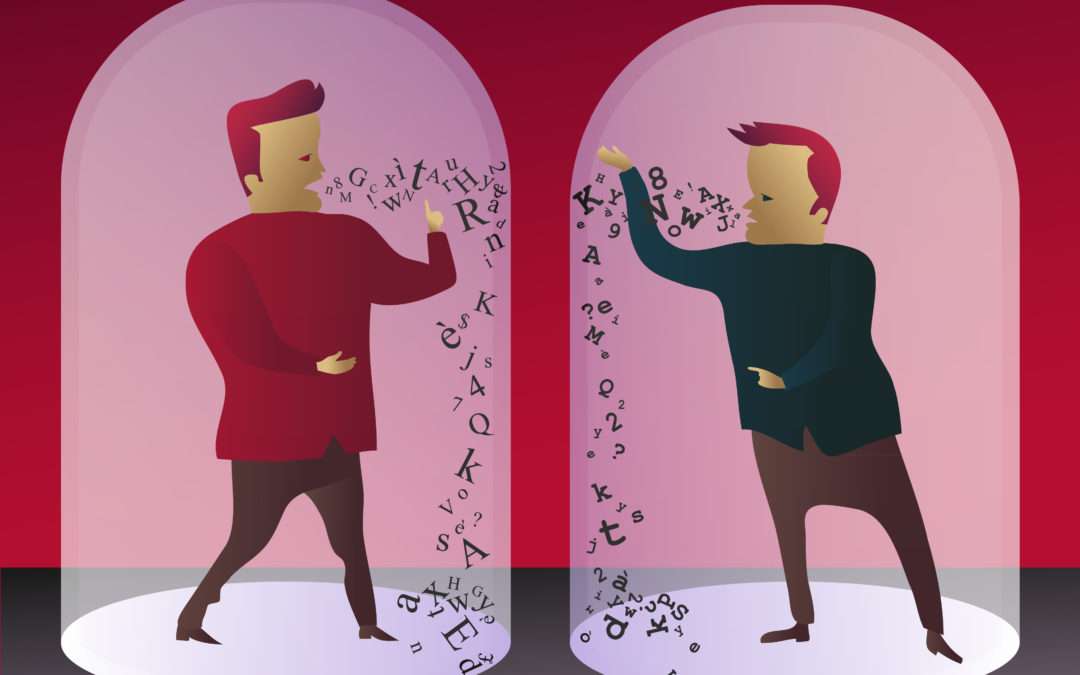 In today’s fast-paced reactive world, it’s easy to be on high alert. High stress levels make you experience every statement, every disagreement and every criticism as a threat.  As a result, the mammalian brain takes over and you become defensive.

If you often wish you could press control-Z like you do on your computer and take that last statement out of your mouth, it might be because you are defending your positions, your work product and your intentions. If that resonates, here are three reasons we get defensive and what to do instead.

If you find that you can’t stop acting defensively, it may be because of old programming. For the first seven or eight years of life, our brains are being programmed by our environment, and by the authority figures in our lives. (I’ve worked with clients who said they grew up in emotionally abusive households where it was unsafe to be wrong.)

When it’s unsafe to be wrong, you develop defense mechanisms including a propensity to argue, the need to win every argument and a strong need to make sure others agree with you.

What to do: You have to rewire your brain. Awareness is the first step. If you are blind to your own defensiveness, you’ll keep trying to convince and change others. Once you become crystal-clear about what triggers you and what behavior you exhibit, make a plan to respond differently.

For example, someone gives you feedback that feels threatening, and your habit is to immediately show the facts to prove that they are mistaken. Your new plan is to create space and get curious. Curiosity sounds like, “Say more” or “Walk me through that.” Then, be quiet and listen.

Getting caught off guard

We all know people who catch you off guard with “feedback” that feels like criticism.  But their intentions aside, getting caught off guard provokes the same type of unconscious response as old programming. You can blame the amygdala in the brain. The amygdala is an almond-shaped structure in the middle of the brain that is responsible for keeping you safe. Most of us act pretty defensively when we are caught off guard, but getting caught isn’t the problem. The problem is your experience and your emotional reaction.

What to do: It helps to identify the people who continuously catch you off guard. If no one comes immediately to mind, here are some clues: You dread being around them. They make you feel nervous. They challenge your self-worth.

Here’s what to do: Release resistance and buy some time. The next time this person says something that fuels your fire, release any resistance you feel. Say something neutral like, “Wow, didn’t know you saw it that way” or “That’s an interesting perspective.”

If the conversation requires your reply, simply buy time by saying something like, “I’d like to respond thoughtfully to what you just said, but I can’t do that now. Could we get together tomorrow at 2 to discuss? This gives you time to process the information so that you stay in control and manage difficult conversations.

Often we are caught off guard by someone else’s defensiveness. You share something positive on social media, and someone boldly takes another position. You didn’t intend that kind of discussion. You thought what you said was universal, but this person sees themselves as an expert on the topic you posted about. They become defensive and offer “correction” in a condescending way.

It’s easy to let their defensiveness trigger yours as you quickly respond and “stand firm” on your conviction. It feels good for a moment, but usually fuels some fire as others join in.

What to do: Rather than starting an intellectual debate, a better strategy is to invite and include. Instead of getting irritated with their boldness, see it as a bid for attention. They want to be heard. This requires radical listening: Control the urge to put them in their place, and instead invite conversation by saying, “It sounds like you might have some different and interesting points to add. I’d be interested to hear your thoughts.”

Their defenses will go way down as they view you as a collaborator instead of a competitor. The same strategy works offline, in personal conversations, where someone thinks they know more than you.

No one likes to be criticized, caught off guard or triggered. The natural reaction to stress is defensiveness, but defensiveness rarely helps you to position yourself as a competent rational professional. You can rewire your brain and learn how to stop being so defensive, and as a result increase personal effectiveness and better workplace relationships.

Marlene Chism is a consultant, international speaker and the author of “Stop Workplace Drama” (Wiley 2011), “No-Drama Leadership” (Bibliomotion 2015) and “7 Ways to Stop Drama in Your Healthcare Practice” (Greenbranch 2018) and an advanced practitioner of Narrative Coaching. Connect with Chism via LinkedIn, Facebook and Twitter and at MarleneChism.com.