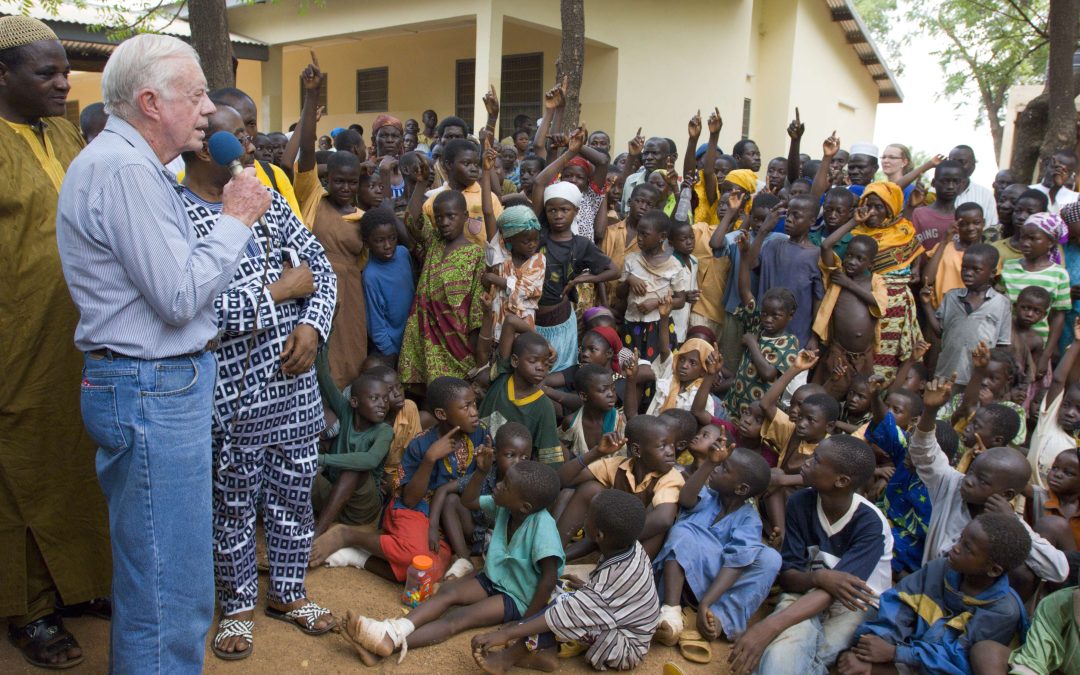 February 8, 2007. Savelugu Hospital, Northern Province, Ghana. President Jimmy Carter and his wife Rosalynn address Savelugu children on the seriousness of eradicating guinea worm disease. In this photo he has said “Hands up all those who have had Guinea Worm” and many of the children put up their hands.

You can tell a lot about a person’s values when you listen deeply. Today while on the treadmill at the gym I watched  TV as former President Jimmy Carter announced that cancer had spread from his liver to his brain. As expected, reporters asked questions about his mental, emotional and physical state as well as questions about his treatment plan.  You can learn a lot about a person by listening to the words they use.

Working from recent memory I paraphrase what I heard President Carter say.

I have always trusted my doctor’s recommendations. I made that decision in advance.

I have faith, and I am at peace with whatever happens.

I work in harmony with the recommendations of my doctors.

I am in a state of gratitude that I have not felt anger or depression.

My health has taken priority but others can keep things going.

Thoughts produce words, and words produce action. We learn by listing to and watching the actions of others. Through our words and actions we have the ability to light the way for others.

No matter what your political affiliation or your opinion of President Carter’s performance while in office, he is an example of living in alignment with core values and an  example of enlightened leadership.